Authorities say 2 people were shot and injured during a Tuesday morning shooting at Fort Detrick in Frederick.

Calls came in just after 8 a.m. and around 9 a.m. Frederick Police released a statement saying they were responding and that “Currently there are two victims and one suspect is down.”

The military base and nearby schools and businesses were placed on lockdown including Frederick County Community College.

The suspect has been identified as a 38-year-old man. The two victims were flown to Shock Truama in Baltimore for treatment of their critical injuries.

The motive and relationship between the suspect and the victims has not been revealed at this time.

Maryland Vaccinates Over 80,000 in Single Day for First Time→

Maryland Expands Vaccine Eligiblity to All Residents 16 and Older→ 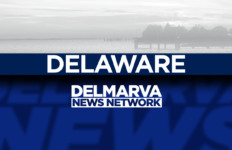